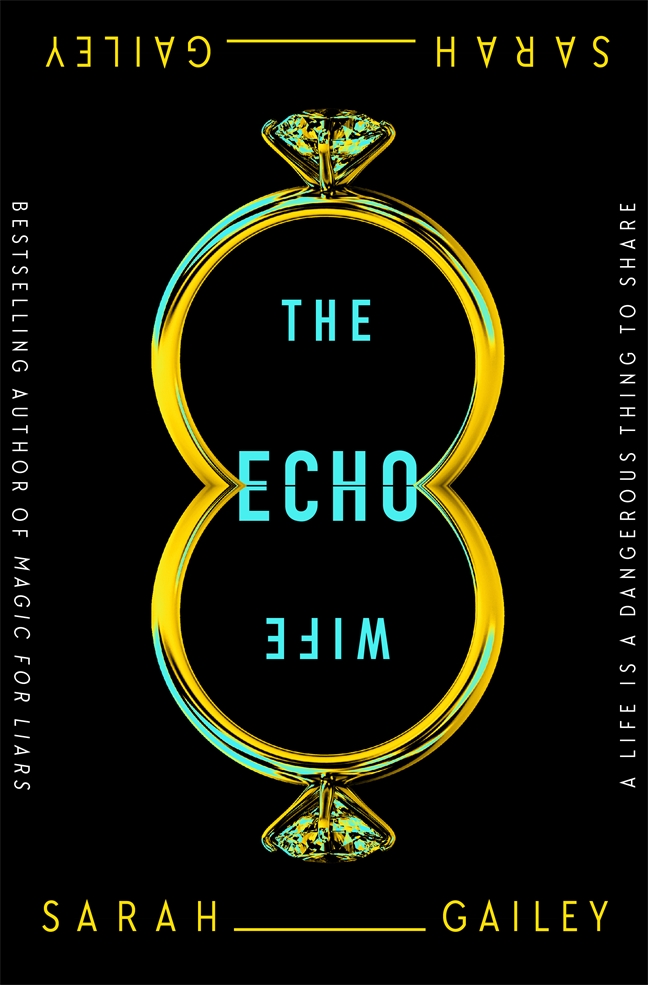 Title: The Echo Wife
Author: Sarah Gailey
Rating: 5/5 stars
Summary:
Martine is a genetically cloned replica made from Evelyn Caldwell’s award-winning research. She’s patient and gentle and obedient. She’s everything Evelyn swore she’d never be. And she’s having an affair with Evelyn’s husband.
Now, the cheating bastard is dead, and the Caldwell wives have a mess to clean up. Good thing Evelyn Caldwell is used to getting her hands dirty.

I love science fiction, I love psychological/domestic thrillers, and I love Sarah Gailey’s books. This book sounded like exactly the kind of thing I would enjoy, and sure enough, it delivered. I will say that the book is heavier on science, psychology, and ethics than the suspense/thriller aspect, so if you are coming into this book expecting an edge-of-your-seat thriller, you might be disappointed. But if you don’t mind the slower pace of the story, I’m sure you will enjoy this book as much as I did!

The premise of this book sounds pretty strange. A man cheats on his wife with her clone, and not just any clone, a clone made with her stolen research! How awful must it be to find out that not only was your husband cheating, but also that he had stolen your life’s work and developed his own “better” version of you? The books delves into these question quite a bit, but it also gives our protagonist plenty to do what with a murder cover-up and untangling exactly what Evelyn Caldwell’s scheming husband was up to.

Evelyn Caldwell is an incredibly intelligent woman. Unlike most books where the smartest woman in the room is also a psychopath or a villain, this one makes Evelyn seem sympathetic while also letting her be messy and flawed. She’s not a particularly likeable character, but I was still rooting for her throughout. Martine could have been a pretty one-dimensional character –she is a clone after all– but she manages to hold her own as both a foil to Evelyn and as a complex character in her own right.

Again, this book is a fascinating character study masquerading as a sci-fi thriller, so as long as you know what you’re in for, I highly recommend it.