Since we’ve been stuck in quarantine, rewatching Avatar: The Last Airbender has been one of the things I know will bring me joy even when I’m having a rough day. I wouldn’t say this show is flawless, but it is a great show full of incredible characters and a rich mythology and world. Since I’ve been watching a lot of ATLA lately, I thought it would be fun to do a book tag for the show! I spent an absurd amount of time on this post, I hope you enjoy! 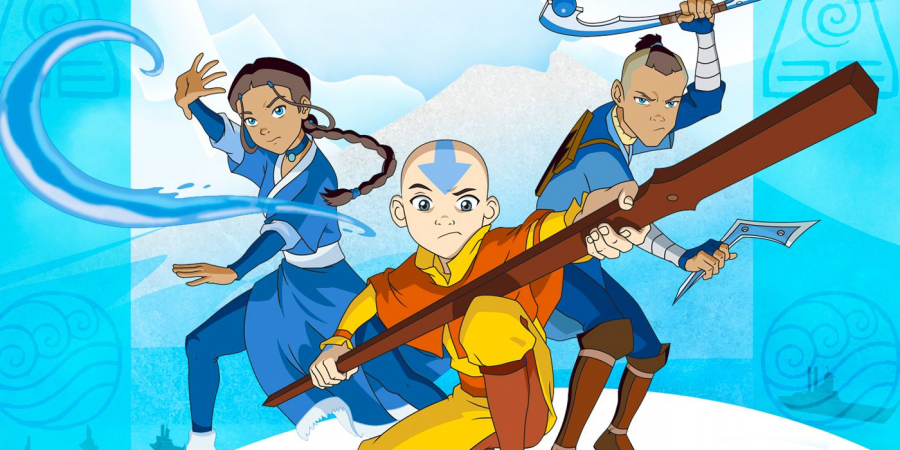 This book tag was created by the booktuber A Clockwork Reader. Without further ado, here’s the tag!

I was trying to think of human siblings that I love and am somehow drawing a blank? I can think of a lot of best friend relationships that I love, but apparently not ones where the friends are actually related! So I’m going to go with the complicated but loving relationship between Tea and Fox in The Bone Witch by Rin Chupeco. These are siblings that will truly do anything to keep each other safe, even if the other isn’t too happy about it.

Star-crossed lovers is one of my least favorite tropes, I have no patience for when people are in love but the universe throws some obstacle in their way to prolong the angst before they inevitably find each other again. That said, I did really enjoy the main relationship in The Priory of the Orange Tree by Samantha Shannon. I’m not entirely sure if it counts as star-crossed, but given the fact that the two come from different cultures/social stations and keep having to thwart assassination attempts, I’m going to go with it.

3. Blood Bending: A book with a disturbing/unsettling concept

I read a lot of science fiction, which is just rife with disturbing concepts, so I’ll go with one I read fairly recently but haven’t really talked about. Adam Silvera’s More Happy Than Not is devastating because of the implications of a technology that originally seems benign or even helpful, but can have truly horrific consequences. It would be spoilery to go into more detail than that, but I didn’t expect this book to go in the direction it did and the experience was all the better for it.

4. Toph – A character who’s strength surprised you/or surprised the other characters in the book

Hands down this is going to be Malta from the Liveship Traders trilogy by Robin Hobb. She starts out so selfish, entitled, cruel, and downright infuriating. I don’t think I’ve ever had such a visceral dislike of a fictional character before! But as the series progresses and she’s put into challenging situations, you see that she’s actually a formidable young lady (even if she is prickly and infurating).

This is hands down The Paper Menagerie by Ken Liu, it is one of my favorite books of all time. The collection is full of gorgeously written stories that draw from modern science and technology, Chinese and Japanese folklore, immigrant experiences, global history, and the human condition.

This has to be Fang Runin from RF Kuang’s The Poppy War, the girl who causes so much death and destruction in her wake. She’s actually not much of a leader or soldier, but does manage to lead her ragtag team on her quest for power and revenge.

7. Zuko: Best reception arc/a redemption arc that should have happened

I really love Shallan’s journey in the Stormlight Archive by Brandon Sanderson. Like Zuko, she has been through a lot of family-related trauma, and in the first book pretends to be a good student so she can steal from her teacher. As she struggles to accept and overcome her past actions in the later books, she goes so far as to develop split personalities to escape the turmoil. Shallan’s journey is representative of anyone battling with mental illness, and as hard as it was to see her struggle, I really appreciated that her journey towards being a better person and being herself was not easy.

This was the hardest part of the book tag for me to choose a book for, how could any wise mentor figure compare to the beloved Iroh? Then I realized that a wise character doesn’t have to be a benevolent mentor, they could be a ruler with power in their own right. My pick is Irene, the titular queen from Megan Whelan Turner’s The Queen of Attolia. She is a very intelligent and strategic ruler who makes efficient but hard choices to protect the best interests of her people. She is composed and heeds counsel of her advisors but always keeps her head and makes her own decisions. Even if she doesn’t always show it, she is wise in that she never lets her emotions dictate her politics, at least until she meets a particular thief…

One of the most satisfying downfalls was seeing how Miryem, Irina, and Wanda take down the Tsar in Spinning Silver by Naomi Novik. The Tsar initially comes off as mildly creepy, as charming and power hungry nobles often do, but you soon learn that there’s something even more sinister afoot. In a truly surprising showdown, the young women manage to outwit not one but two major threats and pit them against each other. Iconic.

I feel like Mr. Kindly would be insulted to be called a pet, but the snarky shadow cat from Nevernight by Jay Kristoff is one of my favorite fictional creatures. And since I’m allergic to real cats, he’s probably the only cat I’d like to have around all the time.

The first and only romance book I’ve ever read is Boyfriend Material by Alexis Hall (thanks Netgalley!). Oliver is such a cinnamon roll, even if he comes off as stuck-up and obnoxious at first. This was a really sweet and fluffy book overall, too, can a whole book be a pure cinnamon roll??

This isn’t an SFF book at all, but one that I really love: Beartown by Fredrik Backman. It is full of stubborn characters. The entire town of Beartown is obsessed with hockey and consequently stubbornly hates everyone from Hed, their hockey rivals. There are a stubborn teenagers who remain loyal to their childhood friends, even when their friends have perpetuated terrible violence. There are stubborn young girls who refuse to stay down even when the entire town tries to keep them silent. Then there are older members of the community who are too stubborn to let go of past grievances and old rivalries. This is a very emotional book, and I would highly recommend it.

Do you have strong opinions about any of these picks? Did I leave out any of your favorites? Who’s your favorite character from ATLA? Let me know in the comments 🙂